Keith Cumberbatch is one of the first Characters in the History of the People of Barbados: Many Bajans, as they are known colloquially, have African Heritage, but tracing Barbados African roots is difficult.

Cumberbatch is an English name, and Keith is not English. I want to know more about his African heritage, which is problematic. The problem is that Barbados had the most mature population, and by the end of the slave trade, most of the slaves in Barbados were born in Barbados. Their African roots were lost in the generations when Barbados did not need slave ships. Jamaica, by contrast, was receiving shipments of Africans right to the very end. Jamaican’s memory of Africa was fresh and alive until the last days of the trade, whereas in Barbados, the people were born in the island and knew no other country. They were Bajans first.

My search had to start with the name Cumberbatch, which is where it also seemed to end. 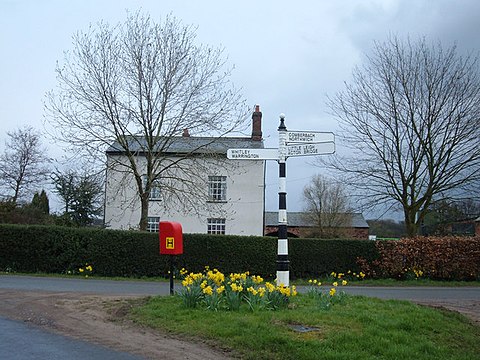 Cumberbatch is a popular name in Barbados; it started in the 1690s when Joshua Cumberbatch arrived, with his family, from Bristol. They prospered in the sugarcane economy, controlling several plantations between Speightstown and Bathsheba.  It is a very British name referring to Comberbach, a small village in Cheshire.

The Lost African Names and Roots

It was common practice to name freed enslaved persons after their owners. Often, they were the offspring of the owner and, under different circumstances, might have inherited the name. But in Barbados, children of slaves inherited their official status from their mothers. All slave children had nicknames given by their family and kin. They used the African practice of assigning names with meanings relating to birth and character.

For example, Olaudah (Chapter Thirty-one in Rogues) meant “vicissitude or fortune, one favored, having a loud voice and well spoken”.

How fitting for the first enslaved African who passed through Barbados on his way to becoming a world-renounced author.

Lawrence Cumberbatch (i) had two “outside” children, Mary and David, who he decreed were to be set free on his death (1834). Ironically, freedom was granted by Emancipation on 1st August 1834. But being set free before this date may have exempted them from indenture, another four years of service at marginal wages.

Lawrence also left his previously freed sons, John Edward Cumberbatch and Richard Cumberbatch, £200 currency and the Speightstown house where they lived. It seems that Lawrence Trent Cumberbatch lived with a former enslaved person, Elizabeth Cumberbatch. They were an unmarried mixed-race couple which must have been daring at the time.

I find it reassuring that some of the colonial class were caring and kind. The archives do not contain many examples of this sort of relationship. It is also worth noting that Lawrence was a native-born Barbadian and not one of the early settlers. That undoubtedly made a difference.

Julia Belgrave is likely related to the past governor general Sir Elliott Belgrave, a distant relation to Woolly Hewitt of Chapter Ten. Still, we will need a DNA test to determine that.

I really wanted to trace Keith’s African ancestor. Which tribe, country, and region was home to the great, great, great grandfather or grandmother who came to Barbados in those infamous slave ships? It is their story that matters now. Alas, I have not been able to track that data. DNA tests are a future possibility, but that will come in a separate blog or story.

I like to imagine his great, great, great grandfather was an African runner, one of the fantastic athletes that ran barefoot over the earth, chasing game for days. They ran through jungle, bush, over stone, rocks, gravel, and hot desert sand: Feet flying, barely touching ground, swift and light as dust in the wind. They were the ancestors of Olympic champions and marathon runners, like Eliud Kipchoge (ii), the Greatest Marathoner of the modern age. He and many other Africans ran away with records in every venue. I see a strong physical resemblance between Keith and Eliud.

Grab a Free Sample of the Book – Rogues in Paradise

A blog of the Rogues in Paradise  Publishing Journey –  The Real Barbados Story.  The first draft of the book is being circulated to readers, and writing is underway to add another 10,000 words of the suggested content.

More on the Population mix of Barbados, see https://roguesinparadise.com/the-people-of-barbados/

Read These Sample Chapters For FREE

This book is the most sensational read.

Roots and Genealogy of Diamonds in the Rough

Tracing Roots of the Soulful Entrepreneur

African & Cosmic Genealogy of an Astronomer